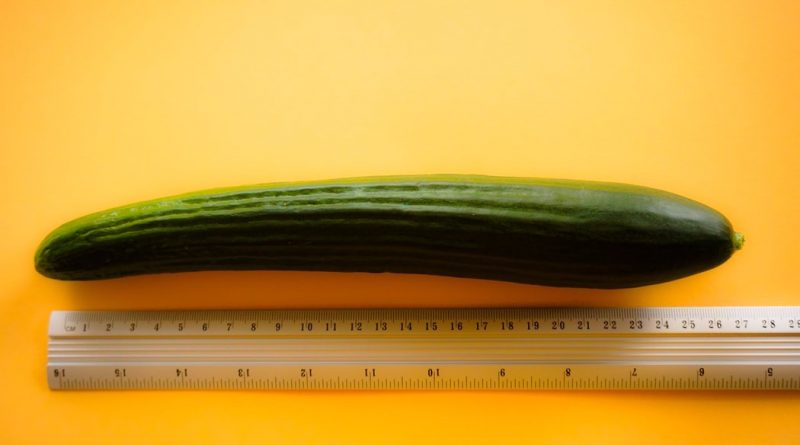 To understand today’s portrayal of Black male bodies in pornography, we first need to go back in time. Several academics argue that the American history of interactions between White and Black people started during overseas explorations. After British travelers declared the Thirteen British Colonies, the current United States of America, West-African countries were explored to obtain slaves. Before the first contact was made, blackness as a color had negative connotations for Europeans, as it was associated with dirt, wickedness and death. Whereas the color black symbolizes darkness and sinfulness, white represents purity and divinity. In the period that followed, these connotations were embodied by an extensive series of racialized dichotomies. Puzzled by African physical appearances and behavior, they were declared to be ugly primates cursed by God, representing everything the Englishmen were not. Besides physique in general, there was one element regarding this ultimate ‘other’ that sparked special interest, which was Black sexuality. Equating Blackness to wildness and savagery characterized the White interpretation of Black sexuality. The natural character ascribed to Black men in combination with their so-called large genitals led to an association with immense sexual appetite and a belief in their inability to control primal urges.

Altogether this resulted in a widespread mistrust of Black sexual morality, which fueled a White societal fear of Black sexuality as a whole. In the United States, an image of the Black man emerged as being a dangerous and violent rapist who had an insatiable desire to have sex with White women. White women were expected to uphold White civilization, as they were the bearers of a new generation. It was being thought that the White race would not risk deterioration if these women exclusively engaged in sexual acts with White men. Black men thus allegedly threatened the purity of White bloodlines. In addition, the Black man posed a personal threat to White men, as they feared that Black men would turn out to be sexually superior. White women actually preferring a Black man over a White man could be considered to be extremely humiliating. As Black male sexuality created sexual anxiety and threatened the White men’s sexual dominance, White men went above and beyond to ‘protect their women’ – and their ego. This sexual fear paved the way for persecution in American society. It was common for Black men to be suspected of sexual interest in a White woman, which regularly resulted in the Black man’s lynching by a White crowd.

Fast forward to contemporary pornography. Scroll through various pages on pornographic websites and you will see that White performers are quite literally the faces of the American mainstream pornographic industry. As White bodies are the norm, one does not easily encounter videos of two Black people engaging in sexual acts.

Big Dicks on the Big Screen

When looking at Black male bodies on pornographic websites, a pattern becomes visible. Firstly, the main role in these scenes is reserved for one of the most mythicized body parts: the Black penis. The focus is quite literally placed on its alleged impressive appearance, as a range of adjectives are repeated to emphasize the size of the Black penis, such as the terms ‘huge’, ‘massive’ and ‘gigantic’. Moreover, this phallic fascination has an effect on the cinematic decisions made by pornographic directors. For example, in many videos female actresses are shown struggling to hold a Black penis in their hands. In addition, specific camera angles are chosen to emphasize the length of the penis. Secondly, by pairing Black actors with White actresses, supposed differences are highlighted. White women allegedly embody innocence, purity and beauty. Black men however symbolize the ultimate ‘other’ as they represent the shadow side of these racialized binary oppositions. Whereas Whiteness has become a neutral or positive existence of truth, causing this skin tone to become a naturalized part of daily reality, Blackness is precisely what is emphasized time and time again. The exceptionality and connotations related to Black male sexuality are what makes this pornographic work ‘differ’ from ‘regular’ pornography or everyday sexuality. Bodies of color are never neutral, but are of special interest, thus only the skin colors of those who differ are highlighted. For this reason, it is unlikely that one would ever find a video explicitly highlighting the Whiteness of a penis. The male is naturally White, unless stated otherwise.

A sexual phenomenon related to the power dynamics that play a role in ‘interracial’ pornography is cuckolding. Cuckolding most often refers to a sexual setting in which a man shares his female partner with another man. The male partner often does not engage in these sexual acts, but watches how his female partner gets sexual pleasure from the other man. Cuckolding is not just a sexual practice couples engage in in their personal lives, but also an increasingly popular category within pornography. Pornhub notes that on a monthly basis over 1.75 million people look for cuckolding videos. This makes it one of the top hundred most searched terms on the website.

Brown Sugar and the Bitter Truth

In both scenarios aforementioned, the White man is not the active sexual subject. At this point, one might wonder why the Black man is used as an intermediary. White man, why not just do it yourself? The answer to this question lies with sexual superiority and phallic obsession. A big penis can be seen as a source of great pride and as a symbol of idealized masculinity and sexual dominance. While within the dominant discourse White male sexuality is considered to be controlled, poised and civilized, Black male sexuality represents unrestrained sexual release. With their large penises and wild, interesting sex style, Black male bodies seem to embody superiority as they represent ultimate sexual potency. As professor Gail Dines explains, White sexuality is in actuality ‘a burden for the White man, since restraint of any type threatens to undermine full sexual pleasure. In this world, the mythical Black man who is uncontrolled, unrestrained, animalistic, and savage will always trump the uptight, contained, and penis-challenged White guy.’ Faced with the reality that White bodies will likely never melt into the Black ideal, White men can project their desires upon Black male bodies using pornography. The forced submission of the White man is in actuality a self-initiated sexual scenario; he leaves his own body behind and uses that of the Black man to act upon his own sexual desires. In this virtual space, White men can temporarily get rid of their supposed sexual disadvantage by identifying with the Black actor to become as sexually talented and liberated as he is.

One could argue that White men are in power in two contiguous and mutually reinforcing ways. Firstly, from the consumer position it is clear that demand creates supply. The largest general porn audience consists of White males, and more specifically, ‘interracial’ videos are mostly watched by White men. But in addition to this, White male viewers can drive White male directors to create content that they both benefit from through a shared interest in ‘interracial’ material. Producer and consumer thus build on each other: a win-win situation. As the vast majority of content creators within the pornographic industry consist of White directors, Black men are mainly part of the group of performers. Although the Black man embodies a sexual masculine ideal, he is mainly controlled by others as oftentimes a White man makes decisions about the script reenacted and ultimately about the portrayal of Black bodies on screen. Pornography can be used to explore the Black man’s sexual skills, yet a White man will always return to his everyday life – the social world in which he embodies both the norm and the ideal. Where he is in power and triumphs. So, for others, Blackness is a temporal sexual mindset instead of a continuous reality. Keeping the racialized sexual stereotypes in mind, in addition to the description of White mastery described just now, it is nearly impossible not to see a parallel with colonial power relations. During times of slavery, Black people were thought to have a strong physique, but no mind. They were bodies suitable for work that could be used entirely according to the wishes of the ruler. Doers and not thinkers, therefore stripped from their humanity. Muscle-machines in times of slavery, sex machines now. Within pornography, Black performers are mainly reduced to their so-called primal character and larger-than-life penis. The Black man in pornography has no personality, sometimes literally no face. He is a beast pursuing his most basic needs, completely absorbed in sex, without thinking. After all, the Black man supposedly has no mind.

Pornography, being a constructed world, reflects sentiments in society: it gives back what it is fed. It is fueled by, among other things, wishes, frustrations and conflicts. Narratives become stories in which personal fantasies coincide with sexual tensions. However, the fact that these stories are constructed, do not make the underlying themes any less real. Although racial segregation officially belongs to the past in the United States, these lessons about masculinity, power and sexuality are as relevant as ever. And that realization is unfortunately quite hard to swallow. 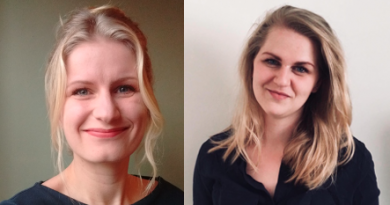