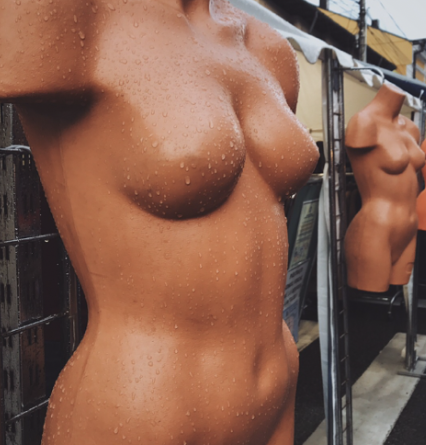 Recently I watched the movie ‘The Invention of Lying’, by Ricky Gervais. I’m not giving a detailed movie synopsis, but the general idea was that the characters were unable to lie, except for one person. It was fun enough, but the heavy, underlying message was clear: if nobody was able to lie, fat people would end up sad and alone, because no one, if they were truly honest, would ever want to be with a fat person. Only after a lot of lying and an hour and a half of fat-shaming, did the fat main character convince the female protagonist to be together and to have ‘fat, snub-nosed babies’.

Now, I’m fat. Factually, this is true. Those who have seen me know it and I know it myself. But whenever I say it out loud, it’s often met with a lot of protest. The most common one is ‘No, you’re not fat, you’re beautiful’. I know this is meant to be kind, supportive even. But fat was not always something I connected to a lack of beauty. It’s odd how an adjective that means to carry excess flesh is used as a synonym for ugly and has been turned into an insult.

I’ve been fat since I was little, it’s nothing new. But somehow, people have always assured that I was aware of it or that I was aware that it is in fact something that supposedly makes me ugly. From the age of eleven to my current age of twenty, people, often total strangers, have found it necessary to tell me this in different ways. Whether it’s been through bullying, or a gynecologist casually making very unprofessional comments about my weight during an appointment, it’s always been there and always in a negative way.

Now, I’m not trying to put myself into the victim role. Because I am fat. Fact of the matter is that I am and I don’t necessarily mind. Other people have just decided that this is a bad thing and cannot be in line with beauty. In ‘The Invention of Lying’ the main female character, for instance, is denied chicken on her salad to prevent her from becoming fat and therefore undesirable. In other movies and television shows, someone who is fat is often only used for comic relief. It is also rare to see a fat person as a genuine love interest. As Ricky Gervais’ movie shows, having a fat person as a love interest is almost impossible, except maybe if that person is incredibly rich and famous. But even then, it’s debatable.

Along with this comes the health aspect of fat. Many people consider fat to be something that cannot be in line with beauty due to its connection with health issues such as obesity or diabetes, to name a few. After all, it isn’t something you would consider ‘beautiful’, to look at someone who seems to be at risk of being unhealthy, is it? But the fact of the matter is, a lot of fat people are plenty healthy. And without knowing things such as a person’s diet, workout schedule, medical history or mental health; can we even know anything about a stranger’s health? Alongside that, rapid or unhealthy ways of losing weight can be even more detrimental to a person’s health than an excess amount of fat. Those things, however, are strangely not often commented on in a negative way.

To sum it up: fat is seen as something bad. Whether these negative perceptions of fat are in the media or on the aspect of public opinions on health. Fat is not considered desirable and therefore, those who are fat are not considered to be in line with the ‘Western’ ideals of beauty.

But I call bullshit. Fat is just fat! It’s ridiculous to see how an adjective has turned into an insult. The idea that ‘fat cannot be in line with beauty’ is something I will never be able to wrap my head around and I will gladly not watch a movie like ‘The Invention of Lying’ again.

Luckily, the unnecessarily negative views on fat are currently slowly being countered by a wave of body neutrality and body positivity. On social media platforms, many people who are considered to be fat are showing off their bodies and trying to normalize the beautiful rolls and ripples of bodies with more fat. If the characters of ‘The Invention of Lying’ would be able to see the current social media climate, I think they would be shocked to see the wave of genuine positivity in the comment section of a fat person.

There is, however, still a long way to go. Fat is just one of the few natural aspects of the human body which has been labeled as undesirable and beauty standards in the ‘global West’ are fucked up to say the least. However, the change makes me happy to see. I can open my phone and see people who look like me getting called beautiful despite, even because of, their fat. I can look in the mirror and not hate the jiggle on my arms, legs and stomach, and movies such as ‘Hairspray’ give hope that even a fat girl can be desired by Zac Efron. We can look at a movie like ‘The Invention of Lying’ and recognize how the hour and a half of fat-shaming is weird and should be left in 2009 with this movie.

These may seem like small things, but I think they’re a huge step in the right direction. Fat seems to be slowly going back to being what it always has been: just the natural occurrence of carrying more excess flesh. It shouldn’t be tied to any negatives. It’s just fat! I’m just fat, and with and besides that: I am beautiful. 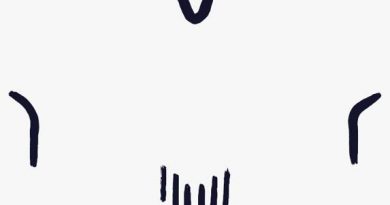 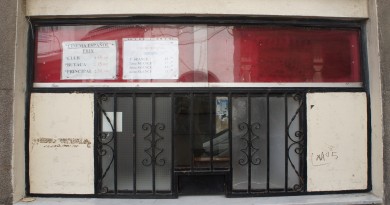