The innumerable yellow, red and blue flags, and the repetitive yet cheerful chants only partially describes the scenery on the eleventh of September in Barcelona, the capital of Catalonia. Marching along the streets together with the masses. Flag tied around neck, like a cape; one a superhero would wear, feeling determined, feeling like ‘one of them’. Simultaneously, experiencing a degree of anonymity in the midst of the ‘peaceful demonstration’ as referred to by one Catalan who was present at the event.

On the eleventh of September, the pro-independent Catalan population, fill the streets to demonstrate their national pride for Dia de Cataluña (National day of Cataluña). This important occasion, ironically commemorates the day Catalonia lost its autonomy through defeat during the war of the Spanish Concession in the 1700s. However, this ‘loss’ seems to have increasingly unified the region.

If Catalonia no longer strives for self-governance, the Catalan culture and therefore its pride will disperse entirely

It is much more than nationalism for mere politics; it has become a part of the Catalan identity. The rejection of Catalonia’s independence has strengthened the feeling of unison, hence the collective gathering, celebration and pursuit for self-determination. It appears to have in turn, reinforced the pro-independence sentiment of Catalonia and thus Catalonians. Benedict Anderson (1983) considers ‘nation-ness’ as an ‘imagined community’, which could be held true if we were referring to Spain as a homogenous state. We could say that Spain is ‘imagined’ in as far as it is divided into different culturally segregated areas; a Spanish culture does not exist. Catalonia is on the other hand, a proud nation with its own flag, language, history, having survived suppression under Franco’s dictatorship and in a constant struggle to concur with the ‘rest’ of Spain. Catalonia does not affiliate with the Spanish stereotypes of flamenco dancing nor bull fighting to name but a few. The core reason for independence could therefore be seen a cultural cause, which as a result leaks further into social and political domains. If Catalonia no longer strives for self-governance, the Catalan culture and therefore its pride will disperse entirely.

So, what exactly makes someone Catalan? According to F and A (two Catalans whom I spoke during the march), a Catalan is someone who ‘lives and works here (in Catalonia)’. This statement stands in direct contrast to the general ideas regarding inclusion to a nation. Being Catalan is evidently more straight forward and less politically loaded than we may think.

The Catalan culture generally derives from a mutual feeling of pride, in which historical, symbolic and traditional aspects correspond. The language could be referred to as one of the most important features of the Catalan culture, which differentiates Catalonia from the ‘rest of Spain’ and legitimizes the Catalonian identity. Catalan is a minoritized language, which has not yet been recognized by the European Union. By maintaining the language, Catalonia will also maintain its identity. The language barrier is seen as problematic for many foreigners in Catalonia. Based on some information acquired at the Universidad Autonoma de Barcelona, if a certain percentage of courses are not given in Catalan, the language loses a large degree of its validity. It is for this reason important to preserve the language as a symbol in order to reinforce the Catalan identity.

Personally, I am not authorized to make claims about this topic, as I am far too uneducated. What I have done however, is comment on some of the observations made during my first months of residence in Barcelona. Outsiders and visitors generally do not know enough to form an opinion on the Catalonian independence. Complaints about the Catalan language could be held unjustified, because is it imposed through stubbornness or a struggle for survival? After talking to people in different contexts, the most important thing I learnt was that the independence is one of pride through pacifist movement; it is about preserving the cultural entity of Catalonia, above any political, economic or even social aspects. 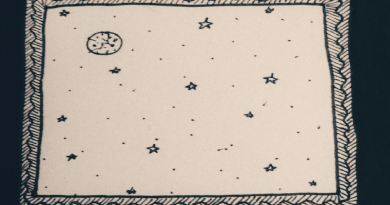