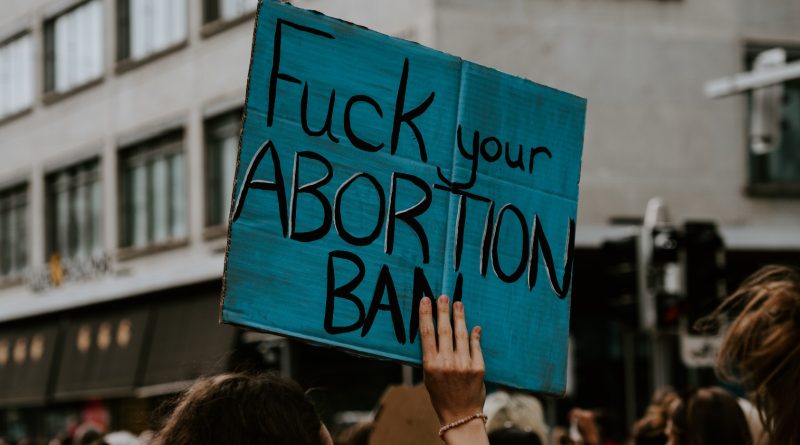 A plea for the right to abortion

This article is a reaction to an article published in the Groene Amsterdammer, for those of you who want to read more (see https://www.groene.nl/artikel/voor-ons-en-natuurlijk-dankzij-de-here-god). I have to put up a trigger warning for this article; consider it my coming out rage. For some readers what I will be discussing might have the potential to cause distress. As a matter of fact I am certain it most definitely will cause some level of distress to some readers. To put it bluntly I am counting on it to be triggering in a way. Not with a negative connotation: I do not want to hurt, traumatise or shame women more. Be cautious reading this article and please do stop whenever you feel like it! I am, however, hoping that this article will get you to start a conversation and I want to encourage more women (and men) to speak up. Without further ado, let’s delve into it.

In school, at fifteen or so, I featured in a video on abortion – a school assignment for biology – not knowing that this topic would become the centre of my life years later. I was nineteen when I found out I was pregnant after a non-consensual sexual experience with a guy one year my senior. Without going into detail on that specific experience, I can tell you I felt so ashamed and disgusted once I found out that the encounter had further consequences. It was a weird feeling; like my body knew all along what was happening inside, but still my mind sort of suppressed it. I denied it for a couple of weeks and let me tell you: that didn’t work. So I gathered all my courage and told my best friend about it. Together we went to the abortion clinic and after a couple of hours we sat down outside near the water and ate grapes and croissants. I decided to tell as few friends as possible and stated – mostly to myself – that I didn’t feel the need to talk about it anymore. Period.

That was, however, not the complete story. I was torn apart on the inside, from right after I found out I was pregnant until long after the abortion. I kept thinking about the possibilities over and over again. Crying myself to sleep for nights on end. I felt ashamed to go to my general practitioner to confirm my pregnancy (after taking two tests myself), and to tell her the story. I also felt guilt towards the possible child: what was I supposed to tell that child about the whole experience and the biological father? I was so scared to call the clinic to make an appointment, and walking through those doors might have been the hardest thing I have ever done. Even after, I kept feeling ashamed; I didn’t tell my parents or sister for six months. I felt like a complete failure. How could this have happened to me?! But I chose an abortion and I still stand behind the choice I made.

I know how hard it is to talk about having an abortion: I kept it silent for almost two years. Until now. Somehow the pro-life movement is gaining more territory in the Netherlands. Let us start with the name: ‘Pro-life’. The movement used to be called ‘anti-abortion’, but now they claimed the pro-life narrative. This means that pro-life and pro-abortion are supposedly binary opposites. THEY ARE NOT! Pro-life equals anti-abortion: yes. But pro-abortion is not the same as anti-life. Pro-abortion means pro-choice: empowering women with a choice. I will address the so claimed ‘pro-life movement’ therefore as anti-abortion movement, to fit right into the binary opposition, accompanied with the negative connotation (of being anti-choice) that they so desperately wanted to shake… I wonder why…

Unwanted pregnancies and abortions are such a difficult subject to discuss. It is so personal, often accompanied with another, or more than one, hurtful experience. The topic is surrounded by guilt, shame, taboo, controversy and what not. Because abortion is surrounded by taboo, it often goes hand in hand with silence.

The anti-abortion movement, however, is very vocal and extremely visual at times… You may have seen the pictures of small unborn foetuses covered in blood the anti-abortion movement keeps showing. They talk about regret, prevention, call it murder and promote a pill to reverse the abortion pill. How can they be talking like this without being called back?! The choice women have to make – some together with their partners – is hard enough as it is. I certainly did not need another person’s opinion to make my own guilt-trip bigger. Let’s get on the same page here.

Firstly, abortion is not murder. For something to be called murder, whatever it is you kill, is supposed to be alive. Abortion in The Netherlands is legal up to the point called fetal viability. Fetal viability refers to a point in the foetus’ development at which the foetus may survive outside the womb. So before that point, it has no way of surviving, and therefore cannot really be called alive.

Secondly, the pill they promote as a pill to reverse the effects of an abortion pill. This pill is extremely dangerous for your health and it has not scientifically been proven to work. Please don’t consider this pill as an option, ever. The pill contains twice the maximum permitted dose of the sex hormone progesterone and can do serious damage to you and your womb. Instead, when you have doubt or a troubled mind: talk to someone, anyone: your GP, a professional from FIOM (an organisation that specialises in supporting women during and after an unwanted pregnancy) or perhaps a friend.  Just because it is your choice, it shouldn’t mean that you have to do it alone in silence.

Thirdly, YES prevention is also very important. It is better to be safe than sorry. This, however, is another discussion and not a solid argument to get rid of the abortion rights. It simply means we need to remind people that wearing a condom is not a mood killer or ‘optional’ for it is not. Go and have sex as often as you can or want, but empower yourselves with knowledge and protect yourselves from harm the best you can.

And as for the whole God argument – fourthly -, please don’t. Your relationship with God is your own, so stop imposing that on others. If you don’t agree with abortion and won’t do it yourself, sure that is fine. But stay away from the right others have to choose. How dare you, as a man, say: ‘I can’t imagine how bad it is to go through, but even in cases of rape we are against abortion’ because of the God you believe in! No, you have no idea what the experience is like and you will most likely never know, for neither is there a conversation. Because of the growing influence of the anti-abortion movement – they receive subsidies from the Dutch government – women feel even more guilt and shame and are less comfortable to openly talk about it. Can you blame them? How can you add even more shame and concern about going to the abortion clinic: by protesting – perhaps next to the clinic? – and showing horrible pictures and calling it murder. The only one getting harmed here, is the already very vulnerable woman stuck in a difficult situation.

Now this last one is tricky: they claim women will regret their decision. I agree that some women do not get the support they need whilst making the decision. This can lead to a feeling that resembles a feeling of regret. It doesn’t, however, mean she should not be allowed to have a choice. It only makes clear that more help is needed and that there is an urgent need for more safe spaces to talk. And no, it is not a light decision one makes, I felt that too. But by claiming most women ‘regret their choice’, you only ensure that the feeling of guilt can grow. The truth is, most women do not regret their choice. The feelings they are experiencing before and after are caused by the whole traumatic experience and stress that comes with it, only made worse by the growing influence of the anti-abortion lobby.

The anti-abortion movement is gaining ground in very subtle ways and I am not going to let that happen. I too kept my story silent, but now I recognize the importance of talking. I thought I was the only one; I didn’t know anyone who underwent an abortion. But I am not the only one and neither are you. It happens and it can happen to anyone. And yes, the dates of conception and abortion will always be stuck in my mind, the experience was traumatizing and to not talk about it only made things worse for me. Even now, not a day goes by when I don’t think about it and wish it all had been different. But it happened, it is part of me and I am so glad I had a choice.

What we can and must do now is trying to make it easier for other women who go through the same experience. Let us please talk! Stop the shaming, it is hard enough as it is and we do not need more guilt or silence. So, let’s open up this conversation. Call out the government: they have to stop the subsidies for the anti-abortion movements. Let them invest the money in better sex education in schools, and in providing more specialists who can support women while making their choice. And don’t let anyone take away our freedom to choose. 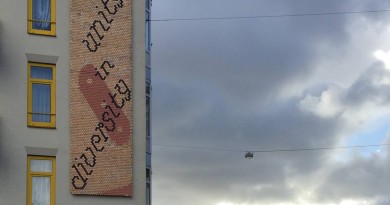 Of Race and Riots: An American Abroad’s Perspective on the ‘Racial War’ in America 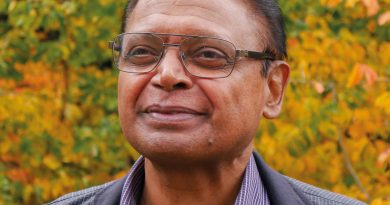