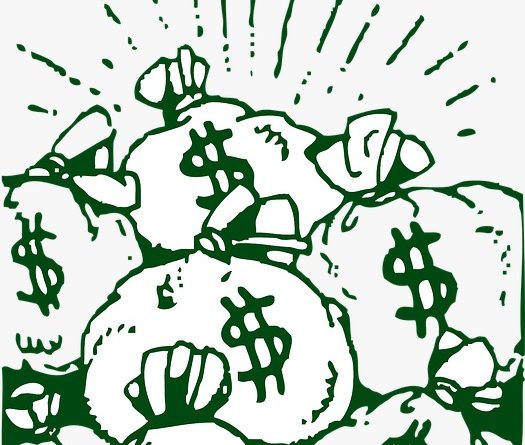 In a world where money opens doors, we probably all crave some extra cash. Now, you can become a courtesy clerk at a local supermarket, but some people are choosing a different route. Ever heard of multi-level marketing? Sign up with a company, purchase inventory exclusively from said company and start selling products as an ‘independent’ representative. Many people have preceded you, as over 103 million people are working for multi-level marketing companies worldwide, the majority of which are women. Female entrepreneurship and financial independence, how empowering. So, will you be the next successful bossbabe, posing with nutrition shakes while smiling wide? Before you say yes, you might want to start reading.

The Start of Something New

However, many multi-level marketing companies focus heavily on recruiting new members. When you sign someone up for a multi-level marketing company, this person is ‘placed under you’, the so-called downline. In some cases, the person who introduced this new distributor to the company receives a financial bonus. In addition, when the newest distributor makes a sale or purchase, the person above him or her, the so-called upline, receives a commission. To become financially successful, it is advisable to recruit as many new members as possible. It is thus that the distributors are oftentimes the main commodities…

Multi-level marketing companies are the rulers in the land of opportunities. Educational background and previous experiences are deemed irrelevant, so anyone can join. These easy enrolment processes fuel an optimistic ‘the sky is the limit’-rhetoric. Freedom and autonomy are emphasized as one can allegedly decide their own schedule and the time they want to invest in the business. The idea of total control is appealing, maybe even more so for women. With women having to rely on their spouses for financial security for decades, entrepreneurship can be portrayed and promoted as a feminist countermovement. The notion of the glass ceiling, referring to the structural inability of women to access higher-status and better paying positions in the work field, might also play a role in the glorification of female entrepreneurship. If you feel that you are being hindered in your efforts for financial success in the workplace, starting for yourself might become more appealing.

The work itself is also presented as very enjoyable. No longer do you need to wake up and consider faking your own death to avoid your nine to five job: there is hope on the horizon. An ex-distributor by the name of Monica Siembieda speaks of a culture of ‘toxic positivity’. She has turned to YouTube to share her experiences, where she explains how she was instructed to repeatedly tell social media followers how amazing her work was and to share images of her constructed luxurious lifestyle. In addition, she was told to constantly stay positive, as negative thoughts would lead to putting less effort into the business, which would mean less financial success.

Another important recruitment tactic used by multi-level marketing companies is promoting a close-knit community ideal, whether that means becoming part of a team of bossbabes, making new friends or entering a sisterhood. Although these are profit-oriented companies, financial success is positioned as secondary to higher ideals. This makes the job larger than life: it becomes an altruistic mission and feeds a sense of loyalty, which can make it harder to leave despite financial hardship. By promoting collectivistic goals, multi-level marketing companies portray themselves as caring and trustworthy, battling a distributor’s fear that they might be dealing with a heartless group of money-hungry crooks. The feeling of belonging is conditional, however, as ex-distributors are criticized and often shunned by their up-line when quitting.

A common way of bringing people together in multi-level marketing is through events, often held at least annually. The events create a platform for success stories, which convey the narrative that ‘self-made idols’ enjoy a life of glamour and prosperity since working (harder) for the multi-level marketing company in question. These events are meant to spark excitement and to take away any doubts as it reminds people of their dreams and the success that is supposedly within reach.

The Downline in a (Gendered) Downward Spiral

Websites and social media of multi-level marketing companies mostly feature women. Photos display women joyfully applying products and smiling while posing with the items. Mothers can become role models, showing their children that everything is possible with the right attitude and effort. This is where parenthood meets entrepreneurship as a parallel between the two worlds is being drawn. By joining a multi-level marketing company, mothers are investing in themselves. These stories echo sentiments of pride as these mothers are presented as knowledgeable go-getters fulfilling their dreams.

Although distributors are told that they can control their destiny, it is almost always a losing game from the start. It has been estimated that over 98% of all distributors in multi-level marketing companies will lose money, as only those at the very top profit. The chances of succeeding as a distributor are even lower than winning at a roulette table in Las Vegas, Jon Taylor has discovered. With the individualization of financial success, it might not come as a surprise that a lack of wealth is blamed on personal failure. It might be explained by not having a ‘powerful and inspirational vision’ or a shortage of trust in ‘the system’. Someone looking forward to a promising career will perhaps ignore these organizations. However, not everyone has the same freedom of choice. What if you are a high-school dropout, a single mom with a low-income background or a middle-aged undocumented migrant? The emphasis on hypothetical possibilities pushes the truth aside. A truth of overwhelming entry costs, a high loss rate, lack of a steady flow of income and the misrepresentation of opportunities. For most distributors, optimism turns into doubt, debt, frustrations and fears as profits are never made.

If it sounds too good to be true, it probably is. But hope is often beyond reason. Naively believing in the malleability of one’s personal position may be easier than collectively recognizing that the cards are not fairly dealt and that inequality and bad luck divide humanity, regardless of one’s potential or commitment. 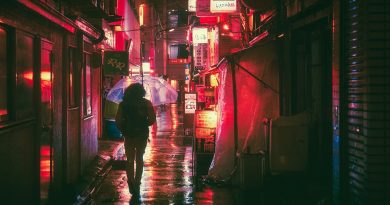 In the Japan of the 21st century, love is a commodity 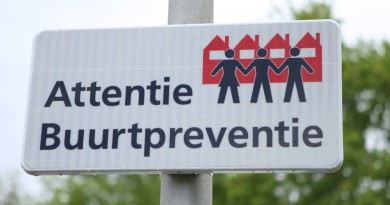